Sue Goodrich, whose idea it was to have a Little Red Mail Box at the Glenmere Beach Access, explained that she had been contacted by Tasha Adams, a staff member at  Alleghenies Unlimited Care Providers in Johnston, Pennsylvania, who was interested in having a Little Red Mail Box erected in Richland Township.  Alleghenies Unlimited Care Providers is a group of about 20 organizations that provide all levels of care to those in need.  Tasha wanted a way to spread messages of hope through her organization and community and Sue's Little Red Mail Box, where people are encouraged to leave their own messages in the journal inside the mailbox, fit the need beautifully.

Following are photos of the dedication of Johnstown's Little Red Mail Box, and below them an article from The Tribune-Democrat, Johnstown's local newpaper on the event.. 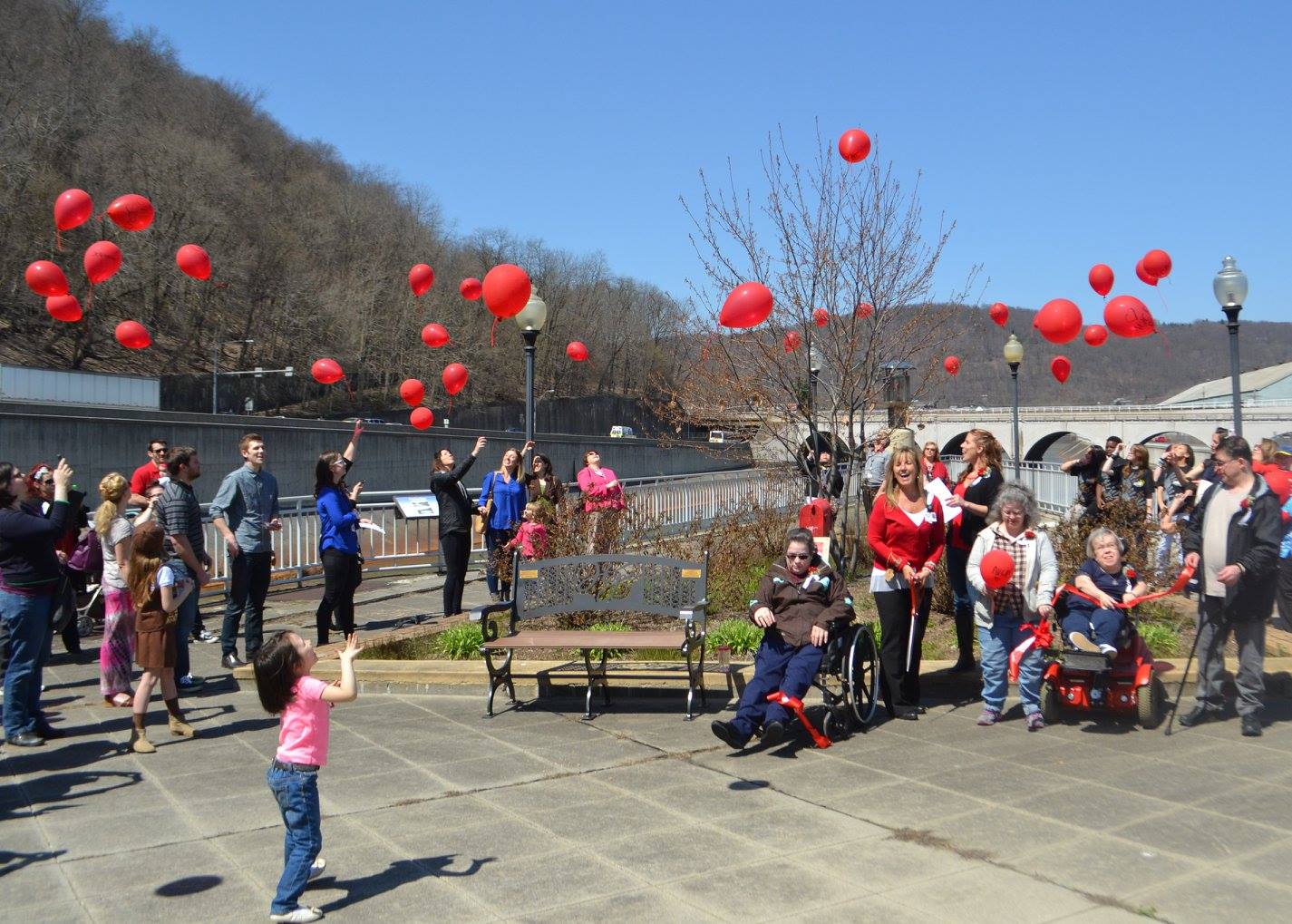 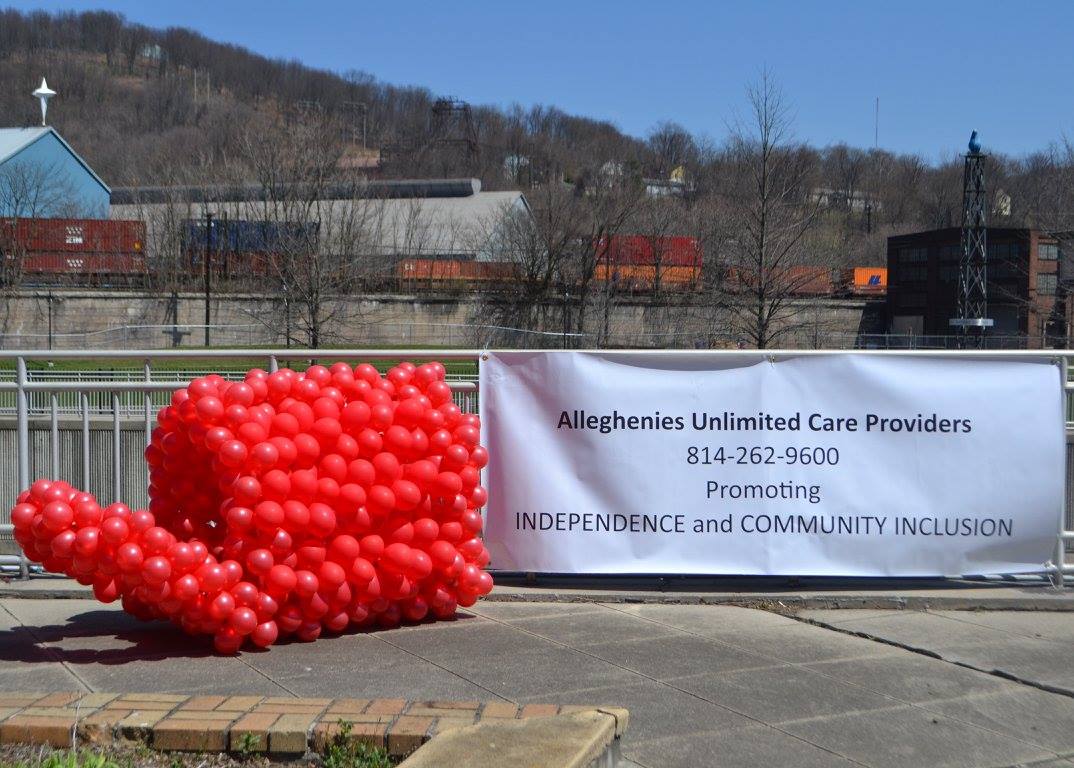 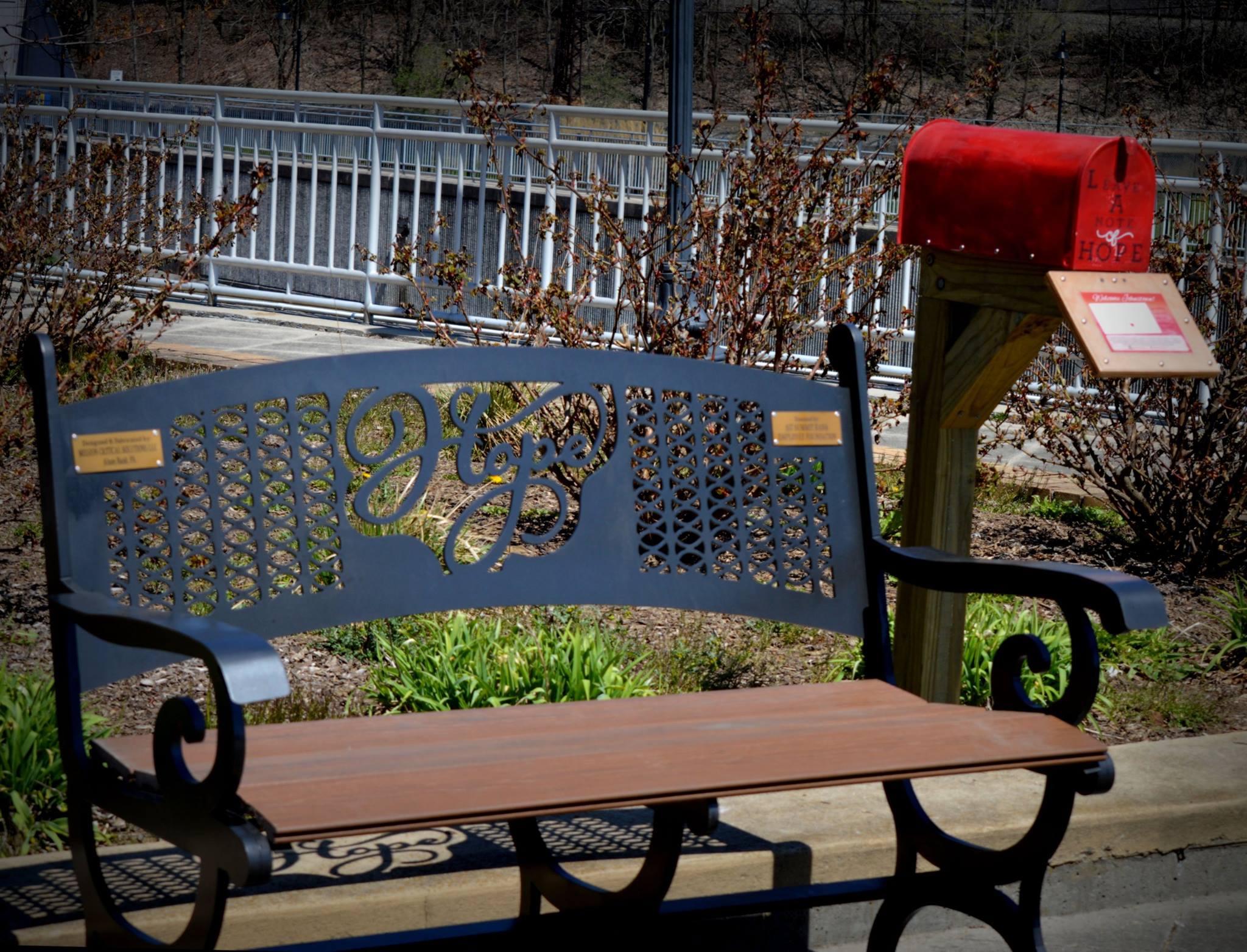 Little Red Mailbox to serve as ‘beacon’ for wishes, hope

Alleghenies Unlimited Care Providers is set to debut Johnstown’s Little Red Mailbox, where a ribbon-cutting ceremony along with a balloon release will take place at Point Park in downtown Johnstown.

The mailbox is painted red with the words “leave a note of hope” written on the front. Inside holds a journal and two pens. Local organizations are encouraged to participate in the balloon release by choosing a representative for their group who will have the opportunity to write on a provided balloon before releasing it when the ribbon is cut

When Tasha Adams heard about the impact a weathered red letterbox was having on a small ocean-side North Carolina town, she envisioned it as a symbol her own hometown could rally around.

Called the Little Red Mailbox, it was created as a place of peace, guidance and acceptance, where “notes of hope” could be shared.

Johnstown’s mailbox found a fitting home Thursday, as Adams and members of more than 20 area groups with like-minded missions to better the community joined together for a ribbon-cutting and balloon launch at the Point Park lookout where the city’s two rivers join to form the Conemaugh.

“There is no better place to spread kindness and love than Johnstown,” said Adams who handles development and media for the nonprofit Alleghenies Unlimited Care Providers.

She called Johnstown a survivor and a “city of hope.”

The mailbox contains a journal and ink pens for those who visit it to leave their own personal messages of joy, sadness, wishes and inspiration, she said. In North Carolina, some people left drawings or even small gifts for the next visitor.

An invitation to “Leave a note of HOPE” was painted on its door.

“This stands as a beacon of hope,” Alleghenies Unlimited Care Providers Board Chairwoman Kathy DePra said, moments before the crowd marked the moment by releasing red balloons carrying inspiring messages into the air.

Five-year-old Johnstown resident Gianna Cook’s balloon read “I love everyone that is sick” before it disappeared into a clear blue sky.

DePra said 1st Summit Bank and Mission Critical Solutions donated support for a bench that sits alongside the mailbox, where visitors can reflect on their thoughts and add their own entries.

Another wished for peace and prosperity.

“This just shows how anyone in Johnstown can (start with) a good idea and make it work,” Kieta said.

“She did this on her own. And we commend her.”