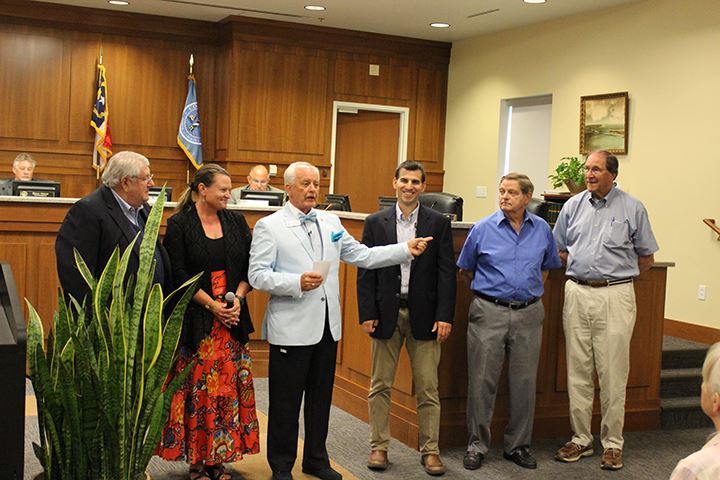 The award highlights the value of restored beaches and the crucial role they play in providing wide and beautiful beaches that attract people from around the world.

Dare County beaches in Duck, Southern Shores, Kitty Hawk and Kill Devil Hills have been named as Best Restored Beaches for 2018 by the American Shore and Beach Preservation Association (ASBPA). The award highlights the value of restored beaches and the crucial role they play in providing wide and beautiful beaches that attract people from around the world. Visitors to Dare County spend more than $1.1 billion annually, supporting over 13,100 local jobs and generating more than $102 million in state and local tax revenue.

According to Bob Woodard, Chairman of the Dare County Board of Commissioners, “Dare County is committed to preserving our beaches. They are the engine that drives our tourism economy and they require ongoing attention. That is why Dare County and its municipalities have stepped up to the plate and committed local resources to fund beach nourishment projects due to the lack of federal funding.”

Dare County and its municipalities have invested resources in beach nourishment, a process by which sand that is lost through erosion is replaced to create a wider beach that reduces storm damage by dissipating wave energy to provide protection from storm surges and unusually high tides.

Dare County’s beach nourishment fund consists of revenue that is generated by a portion of the occupancy tax that is collected on short term rental properties such as hotels and cottages. These local dollars have helped fund beach nourishment projects throughout the county since 2011.

It was one year ago this week that work began on the northern beaches project and over a five month period, almost four million cubic yards of sand was placed along 8.3 miles of beach. This project was done as a collaborative effort including Dare County and the towns of Duck, Southern Shores, Kitty Hawk and Kill Devil Hills. By working together, each of the towns was able to achieve their design goals while benefiting from a significant cost and time savings in both the permitting and construction phases of the project.

According to Program Manager Ken Willson of APTIM, “Dare County’s collaborative effort is a model to be considered nationwide by communities trying to increase coastal resilience. This approach enabled considerable cost and time savings. For example, we’ve estimated that by constructing the projects cooperatively, the locals achieved a cost savings of around $5.5 million on mobilization alone.”

Mayors from all four of the project municipalities joined Chairman Woodard in making the announcement about the ASPBA award at Monday evening’s meeting. Chairman Woodard commented, “I think we all agree that in order to remain as sustainable and resilient coastal communities, we must continue to prioritize protection of our beaches as a vital component of our tourism infrastructure.”